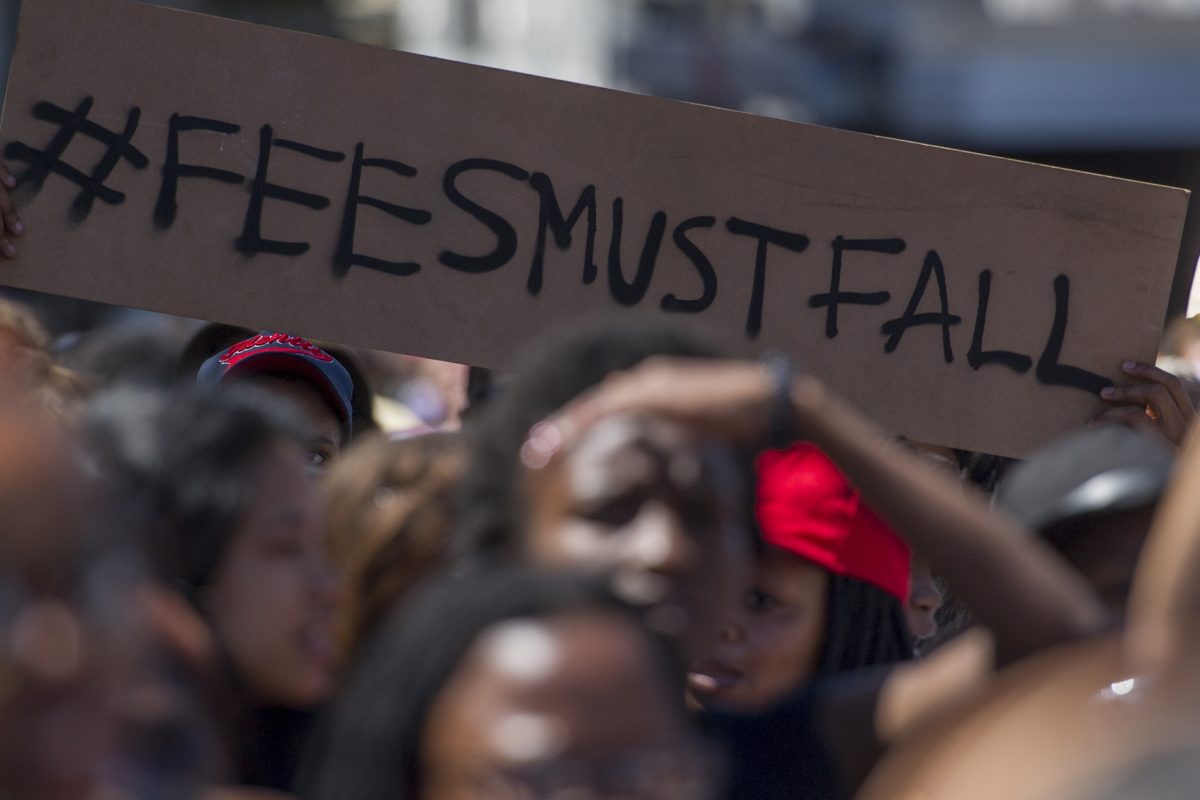 Matthew Pienaar: Government must get out of the way

The funding crisis in higher education in South Africa is perhaps the most prominent political issue of recent years. It has affected hundreds of thousands of students as as well regular citizens. It is siphoning huge portions of our thought and discussion. It is one of the biggest problems we are facing as a country. Except it isn’t.

When we look at the bigger picture, problems with our higher education system are drowned out by far more significant issues, like 40%+ unemployment, 17 thousand murders a year and a similar number of rapes, 0% economic growth and rampant corruption by an ineffective government. Yet #FeesMustFall continues to draw the lion’s share of activism from around the country.

Why is such a comparatively insignificant issue getting so much attention? The most obvious reason is that those with the zeal and energy for activism are the ones directly affected by this issue. #FeesMustFall has a far more obvious, direct impact on an 18, 20, 23 year old graduate than the greater, yet more subtle influence of unemployment, or stagnant economic growth.

In addition to this, the lack of critical thinking and desire to research within general South African culture, combined with almost ubiquitous frustration with our country’s social and political situation creates a sheep culture, where all it takes is a few charismatic individuals to advance a cause before everyone is jumping on the activist bandwagon, trying to change the world, without ever bothering to think through how that is going to happen, only considering the surface issue and never looking at knock-on effects. The narrative is this: granting free education to everyone will solve all our problems by reducing income inequality, emancipating the poor and filling the market with graduates who can then be used as a catalyst for economic growth and job creation.

There are numerous problems with this logic. First, access to higher education isn’t necessarily going to produce more graduates. Already we see that most students who enter university don’t come out with degrees. Why? Because students don’t come out of high school prepared for the rigours of university. Our high school system is not up to the task and our primary school system is a major problem. Even pre-school – how are we supposed to solve a higher education crisis when we can’t even get pre-school right? Simply put, the majority of students enter university without having developed the cognitive ability to succeed.

Then there is this myth that graduates create jobs and spur economic growth. No. Graduates fill positions created by entrepreneurs. Being an entrepreneur does not require a university degree. Never in any society have graduates been the catalyst for economic growth. Problem solvers with freedom to express themselves, both the educated and non-educated create economic growth. And the major issue is that we do not give these people this freedom. We rely on the government to solve our problems. We don’t all go and work on the problem ourselves till someone finds a solution. It is too easy to pass the buck.

So if free education is not going to solve these problems what is? Freedom is. In answer to the question, “What must rise?” Freedom must rise. And don’t get confused between freedom and free things. Government stepping in to solve people’s problems is not freedom. It is interference. It is not sustainable and frankly a violation of basic human rights. In order to solve our problems we need government to get out the way. Government funding of education along with the numerous other social welfare programs is what is preventing access to education. Not so called “white privilege”.

High taxes to fund the welfare state, strict labour laws and disproportionately over-powered trade unions strangle opportunities for those with the ability to make the economy grow. They run away because they have no chance of making a return on investment. By relaxing labour laws and reducing taxes we will create opportunities for businessmen to make profit. This leads to investment, which leads to economic growth which in turn creates jobs. And whilst graduates are not necessarily the cause of economic growth, they are necessary for it to happen. When companies need people with certain skills they will find them until there are no more to be found (this happens quickly in a high economic growth environment) and then they will start making them. That means scholarships and bursaries. So government doesn’t need to fund higher education. It needs to give the private sector space to grow and they will fund higher education.

So I’m not saying the university crisis is a non-issue. It is an issue. A big issue. But it’s a secondary issue. It is a symptom, rather than a cause. You can treat a symptom, but it will come back. When you treat the cause – lack of freedom – the symptom goes forever.

Jimmy Volmink: Universities around the world should share notes as they face the same challenges