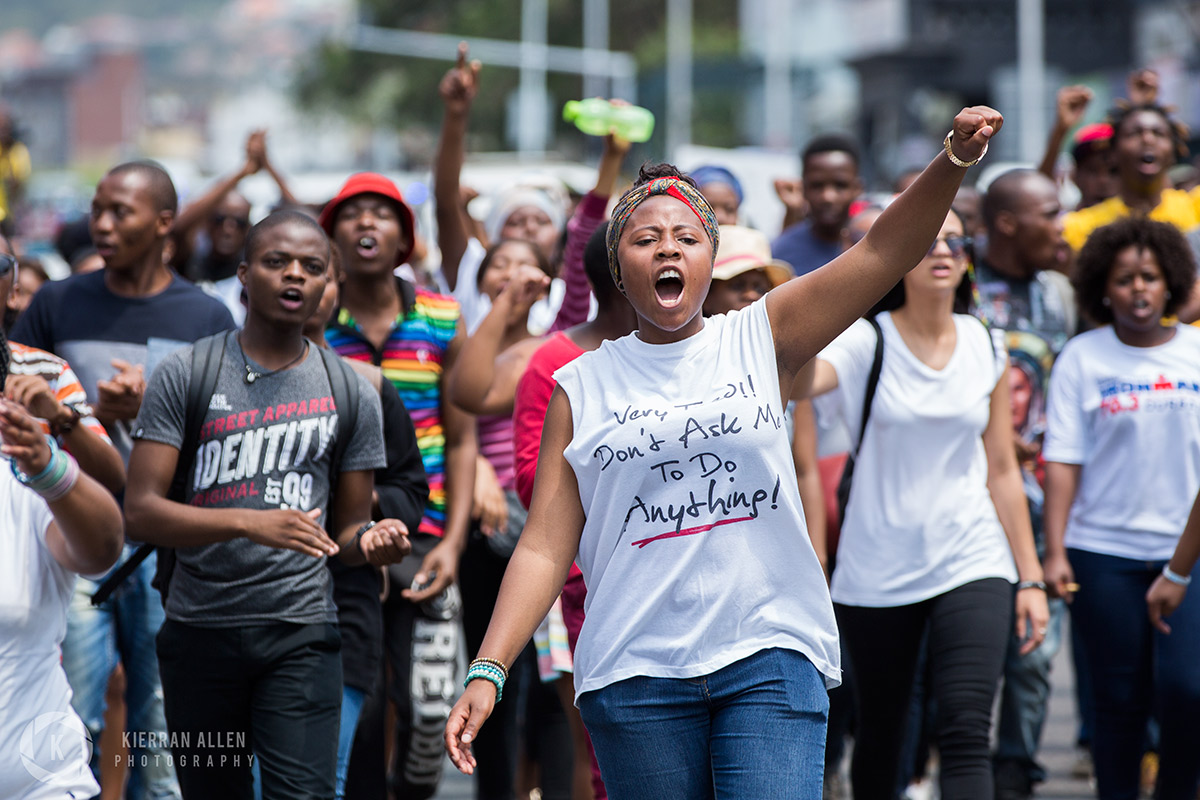 It is an amazing thing to behold, a disgrace and an embarrassment that we should have been made to endure the misrule of Jacob Zuma for this long. I am not exactly sure what it says about us as South Africans. Whatever it says, it’s not pretty.

It was my birthday the other day and my daughter asked me to make a wish. If she only knew that the only wishes I now have are about her and her generation. But I could also have made a wish for our godforsaken country as it self-consciously tumbles into ignominy with our eyes wide open. That wish would have been two-fold.

The second wish has to do about what we do to re-imagine a different future after this wreckage. Throughout history, universities have helped societies re-imagine themselves. What is tragic about our situation is that our universities themselves are in bad need of new leadership and a new vision.

For a long time South African universities have been run by managers, not visionary leaders. The governing idea has been that their function is to produce soldiers for the labour force. And so technocratic university managers have sought to produce graduates in their own image, which has been that they should be managers whose duty is to efficiently run the economy.

But there is a difference between managers and leaders, a point famously made by the Harvard Business School Professor Abe Zaleznick many years ago. Zaleznick pointed out that while managers are very good at efficiently running organisations as they are, they are very bad in imagining institutions such as they should be.

The distinguished philosopher Cornel West has made a similar distinction between success and greatness. In this context success would be about training – and that’s the operative word – future managers so they can one day enjoy what he calls the felicities of “bourgeois existence”. West argues that greatness is about asking higher order questions about the purposes to which their managerial expertise is put. This is what distinguishes Albert Einstein and Robert Oppenheimer as successful scientists who split the atom from Albert Einstein and Robert Oppenheimer as great leaders who opposed the use of that knowledge in the production of the atomic bomb. The former were driven by a narrow, technocratic view of science, and the latter by a broader values-driven leadership.

But they would not have been able to do that, if they did not have a background in moral philosophy.  The great scientists, from Newton to Einstein, were driven by these larger moral questions about the world.

We need teachers who inspire

As a child I was fortunate to have teachers who taught me to go beyond the mastery of the subject material in school. Those teachers existed inside and outside the classroom. If my teachers may have inspired in me ambitions to be a medical doctor so that I could be successful one day, outside the classroom Steve Biko’s work with black community programmes exposed me to the greatness of public health.

In short, I had teachers who encouraged my mind to explore the world in all of its mysteries. We need teachers and professors who can do that for our students, instead of seeing their questions as a threat to their own knowledge.

Just as Steve Biko started his student career wanting to be a successful medical doctor and ending up as a great political leader, some of our students may find themselves in the position to become the next generation of leaders. Nelson Mandela went to Wits University to become a successful lawyer, but he emerged out of that experience a great leader. Sobukwe too thought he might be a lawyer someday, but history had different plans.

The past five years have exposed me to student leaders at our universities. Some of them have been rash in their actions. But point me to one great leader who was not once rash in their actions? If you don’t believe me then look at young Nelson Mandela breaking up meetings of opponents – actions that he would later regret of course.

Our task is not to condemn such actions from the rooftops but to ask young people to discipline their anger into a vision for society. They are not the first people to be angry, and they will not be the last.  Those who last are those who are able to channel their anger into a disciplined programme of action.

Universities must be the spaces for such inter-generational conversations, if we are to avoid repeating the mistakes of the past, but also build ideas about how to lead.

But they should also know that the great leaders I have mentioned did not scheme to get to their positions for narrow material gain. They all shared a deep love of learning.

Nelson Mandela, Robert Sobukwe and Steve Biko pursued university studies even as they were being persecuted by the apartheid police.

Dikgang Moseneke had not even finished high school when he was imprisoned on Robben Island. He emerged with a law degree and became one of our country’s leading jurists.

Oliver Tambo was a great scholar, and so was Chris Hani. Take a look at Charlotte Maxeke, Phyllis Ntantala, Cissy Gool, Ellen Kuzwayo, Mamphela Ramphele, and you will find people with a love of learning.

Politics not the only way to exercise leadership

And so the other point I would like to impress on our students would be to avoid the notion that politics is the only way to exercise leadership or greatness. As we imagine our country beyond the present miasma we will need writers, artists, historians, philosophers, scientists, journalists, economists to clear the way.

That is what I witnessed with my generation of student activists – even though, sadly, I think too many of them pursued the path of success instead of greatness. Had they chosen differently, the ANC might have been better for it.

There is no predicting how the future will turn out, but history tells us that no situation is permanent. Change will come, the question is whether there will then be men and women ready to fulfill all the political, economic, social and cultural challenges that change will bring.

The experience of the Black Consciousness movement has much to offer in terms of historical lessons, not just in terms of political philosophy but also for the example it set about how we should think about leadership. Almost all of the major leaders in South Africa today – In politics, journalism, business, art, writing – went through what Barney Pityana once called the “Black Consciousness mill”. This was not only training in skills but the development of social capabilities and critical faculties to imagine a different future.

To do that the present generation of student leaders must ask the most important question that Steve Biko asked, the question that will take them from thinking about success to thinking about greatness as they re-imagine the society of their dreams: where do we go from here?

Many students like to quote Fanon in saying that, “each generation must out of relative obscurity discover its mission, fulfill it, or betray it”. It is also true that in that same sentence Fanon said, “in underdeveloped coun­tries the preceding generations have both resisted the work or erosion carried by colonialism and also helped on the maturing of the struggles of today. We must rid ourselves of the habit, now that we are in the thick of the fight, of minimizing the action of our fathers or of feigning incomprehension when considering their silence and passivity. They fought as well as they could, with the arms that they possessed then; and if the echoes of their struggle have not resounded in the international arena, we must realize that the reason for this silence lies less in their lack of heroism than in the fundamentally different international situation of our time”.

Universities must be the spaces for such inter-generational conversations, if we are to avoid repeating the mistakes of the past, but also build ideas about how to lead. When it comes to great leadership we are all spoilt for choice. And that is why the serious study of history – and especially biography – must be a vital part of any thinking about the future.

It is for this reason of learning from historical experience that I will be hosting a series of dialogues with intellectuals who have spent their lives thinking about how to decolonise our societies and institutions. We start with Ngugi wa Thiong’o at the Wits Great Hall at 18:00 on Thursday, March 2, and at the University of Cape Town at 18:00 on March 3.

Matthew Pienaar: Government must get out of the way

Ali Baloyi: Equip all graduates to be entrepreneurs