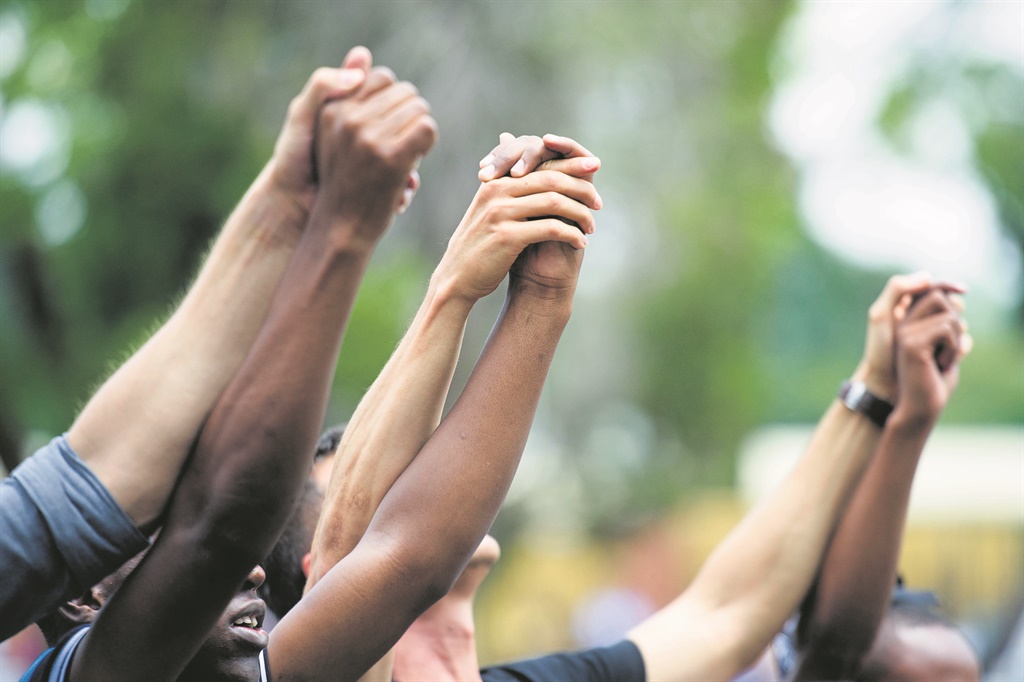 The complexity of the crisis in higher education was noted by The Forum as it emerged in 2016 with differentiated dynamics at each university. At the launch of the Forum the convenor, Justice Moseneke said, “while South African society needs to contribute to reimagining its education system and to participate in sculpting the system of the free, quality, decolonised and decommodified education it envisages, resolution of the crisis requires State responsiveness to the vision of education that emerges from civil society”.

The Forum has had discussions with the president of the republic, the inter-ministerial task team led by Minister in the Presidency Jeff Radebe as well as the minister of higher education. In all these engagements, the Forum has clearly defined the constructive role it wishes to play in contributing to a resolution of the current crisis.

Working with its partners such as the Higher Education Parents Dialogue (HEParD), the South African Council of Churches (SACC) and South African Universities Staff Network for Transformation (SAUSNeT), the Forum has had engagements with various stakeholders to ensure the discussions towards a lasting solution commence.

“Recognising that the challenges facing the education system as a whole are a societal problem affecting every citizen, the Forum is calling on civil society to raise its voice on the issue of education.”

Violence and instability at universities have become key features of responses to the crisis. While the violence is characterised by responses which are securocratic or result in the destruction of highly valued property, the violence and its effects, tend to mask the deeper fundamental issue of the South African education system and the related broader societal issues of inequality, poverty and exclusion.

These are some of the key messages raised in the #FeesMustFall campaign. At the core is the call for free, quality, decolonised and decommodified education, which then also catalyses a more fundamental societal review of inequality, poverty and exclusion.

The Forum is therefore not beholden to any of the stakeholders, but, boldly seeks to ensure that the right to education enshrined in the South African Constitution becomes a lived reality for all and to facilitate pathways for the meaningful attainment of this outcome, through engagements with relevant stakeholders who are committed to acting accordingly.

The principled basis on which The Forum will take forward this work includes:

The Forum’s terms of reference therefore include: (i) Calling for peace and dialogue and normalising the situation at all universities; (ii) Facilitating the voice of the range of stakeholders including students, university staff, university authorities and parents; (iii) Convening a national process of conflict resolution and a civil society convention at which stakeholders would secure policy and funding solutions for the medium to long-term; and (iv) Mobilising resources for the Forum’s work.

A broader stakeholder engagement was held on 10 – 11 December 2016 and was attended by student representatives from the various universities, VCs and representatives of VCs, HEParD and SAUSNeT representatives, the faith-based community and labour. The participants held engagements on the state of South African education, funding models and a range of issues requiring immediate resolution at respective universities. The immediate issues include: the fee increases in 2017; historic debt; internal disciplinary action against students; and student arrests and criminal cases against students.

The impact of these issues on 2017 registration and student access to university education was starkly highlighted. This meeting also confirmed the need to start preparatory work towards a Higher Education National Convention.  This work is currently underway and the convention will take place on the 25th and 26th February 2017.

The 2017 university fee increases of up to 8%, is one of the issues for immediate attention that various stakeholders considered to pose a threat to stability in the 2017 academic year. The Forum made an effort to engage with government on the conversion of the 8% fee increase into an 8% increase in government subsidy.

Historic debt is another significant challenge in the registration process in all university campuses. Proposals on government underwriting of historic debt and exploring alternative ways of recovery have been made to government. At various universities, students who are not allocated NSFAS funding are currently unable to register for the 2017 academic year on account of historic debt.

Recognising that the challenges facing the education system as a whole are a societal problem affecting every citizen, the Forum is calling on civil society to raise its voice on the issue of education.

Teboho Pitso: History calls for the decolonisation of education

Jimmy Volmink: Universities around the world should share notes as they face the same challenges