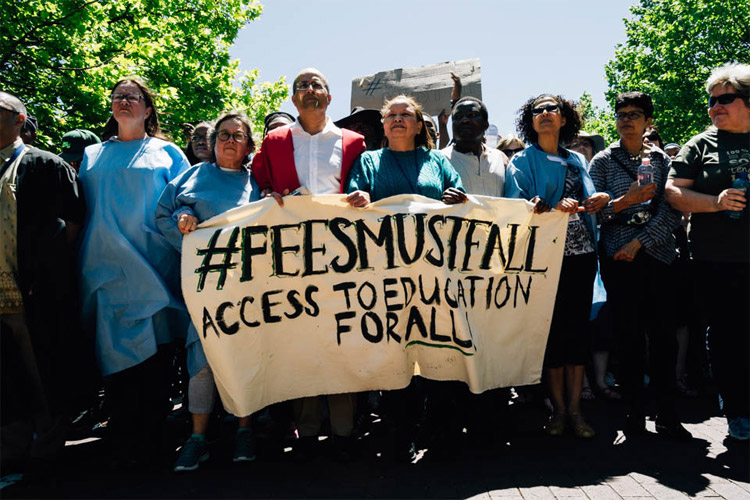 Yes, mathematics can be decolonised. Here’s how to begin.

At a time when decolonisation, part of which involves changing the content of what’s taught, is dominating debate at many universities, the discipline of mathematics presents an interesting case.

But it’s not obvious how mathematics can be decolonised at the level of content. This means that those within the discipline must consider other aspects: curriculum processes, such as critical thinking and problem solving; pedagogy – how the subject is taught and, as a number of people have argued, addressing the issue of identity.

Students’ mathematical identities – how they see themselves as learners of mathematics and the extent to which mathematics is meaningful to them – are important when thinking about teaching and learning in mathematics.

In his book Leading for change, South African educationist Jonathan Jansen suggests that transforming university campuses into deracialised spaces requires attention to both the academic and the human project. I take the human project to mean how students see themselves. What might this mean for mathematics?

So what is mathematics?

For starters, it’s important to explore what mathematics actually is.

Mathematician and academic Jo Boaler points out that mathematics is the only subject where students and mathematicians give very different answers to this question.

Mathematicians view the subject as an exciting, creative endeavour in which problem solving, curiosity, excitement, intuition and perseverance play important roles – albeit in relation to abstract objects of study.

For school and even undergraduate mathematics students, these aspects of mathematics are often not experienced and remain opaque. Students tend to believe that mathematics is a set of procedures to be followed. They think only particularly gifted people can do and understand these procedures. This suggests that the way mathematics is usually taught doesn’t provide opportunities for accessing mathematical knowledge. It doesn’t allow students to identify with mathematics, nor make them aspire to become mathematicians.

As a result, mathematics has a problem with diversity. All over the world, black and women mathematicians remain rare. They simply don’t take mathematics at higher academic levels as much as their white and male peers.

One reason for this is given by a study in the US, which showed that the more a field attributes success to giftedness rather than effort, the fewer female and black academics are in that field. This is because the field perpetuates stereotypes about who belongs in the field. The same study found that mathematics professors hold the most fixed ideas about giftedness.

But this view of giftedness versus effort is not borne out by research. A number of scholars have argued that all people are capable of learning mathematics, to high levels.

This suggests that a lot of the “bad press” around mathematics as a subject and discipline lies with how it is taught and learned.

When scholars theorise learning, the thinking always happens in two directions: to the past, and to the future.

The future is important because universities must produce future thinkers, leaders, professionals and citizens. These institutions are the bridge between the past and the future.

Educational theorist Etienne Wenger argues that learning is fundamentally about becoming a certain kind of person. At universities, students are inducted into disciplines, fields and professions that require them to be certain kinds of people with certain orientations to the world, to knowledge, to other people and to practice.

Traditionally universities have focused on knowledge and hoped that identity will follow. This hasn’t been entirely unsuccessful. But to genuinely transform the academic project, universities must do explicit identity work with their students. Academics must engage in the human project, thinking about who their students are and what their previous experiences of mathematics and of learning mathematics have been.

There have been attempts to transform the content of school mathematics curricula. These include ethnomathematics, which excavates the mathematics in cultural objects, artefacts and practices; and critical mathematics, where mathematics is used to critique aspects of society and where students critique mathematics, for example, how algorithms structure our lives in ways which reproduce inequality.

However, not all of mathematics can be accessed in these ways. For true epistemological access to mathematics, students need to study it systematically, as a body of knowledge in and of itself. This can be both empowering or disempowering.

Much, though certainly not all, of mathematics was created by dead white men. But maths should and does belong to everybody. Everybody deserves access to its beauty and its power – and everybody should be able to push back when the discipline is used to destroy and oppress.

To transform mathematics teaching and learning in ways that empower students, universities need to give students the theoretical grounding they need to access the subject and support them to identify with it –- to want to learn it, to become the mathematicians of the future, to enjoy and critique mathematics and its applications.

This means that as teachers, my colleagues and I need to believe – to know – that all students can do mathematics. This knowledge must be transmitted to them. They must be shown that mathematics is a human enterprise: it belongs to all, and it can be taken forward to transform society.

* This article first appeared on The Conversation.

We need an emotional settlement to #FeesMustFall

The joy of inclusive academia