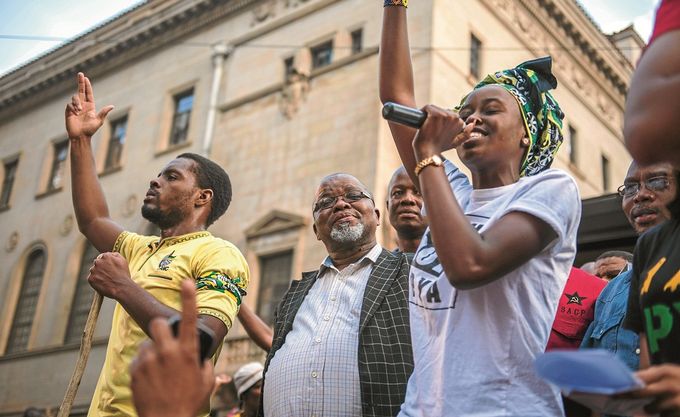 Science is the best means we have to improve the lot of humanity. It is the way to find cures for diseases, cheap and abundant sources of energy, and even take us into the rest of the universe. If we care about making the world a better place, we should promote the importance of science as a critical activity in our societies. But that is exactly why we should also care about decolonising science.

Science has an embarrassing history of involvement in the colonial project. It has been used to justify racism, exploited colonial subjects as fodder for experiments and expended great energy on technology to enforce colonial authority. Serious scientists such as Robert Boyle and Francis Galton argued for biological racism that underpinned the racist attitudes that led to eugenics.

We now know that 90% of genetic variation is within groups and only 10% between them. Genes for skin melanin content are among the only things that vary systematically between races.

In the 1850s, J Marion Sims, whom some still call the “father of modern gynaecology”, experimented on slave women in order to treat the painful condition of vesicovaginal fistula. He performed the surgeries without anaesthetic because he believed they “weren’t painful enough to justify the trouble”. The Tuskegee syphilis experiment that ran in the US from the 1930s to the 1970s deliberately withheld treatment for syphilis in African-American men in order to study the progress of the disease. African-Americans were also deliberately injected with plutonium in order to study the effects of radiation.

In South Africa, apartheid doctor Wouter Basson developed chemical and biological agents that were used to kill ANC activists. Other apartheid labs were trying to develop biological weapons that would only affect black people, specifically to render them sterile. Even today, medical trials are often problematic, such as a recent Ebola vaccine trial in Ghana that was terminated after protests that subjects were being treated like guinea pigs.

It is not just how scientists treated people. It is also the very methodology and beliefs at the heart of the scientific method. Colonial mythology fostered a picture of Western culture being scientific and rational, while indigenous cultures were unscientific, mystical and primitive. This was a political project that deliberately downplayed the empirical aspects of non-Western practices, even while appropriating knowledge from them. This mythologising also deliberately suppressed the roots of Western practice in Arabic and north African science, and strong influences from Chinese and Indian science.

The response to this embarrassing history is often to reassert the superiority of science, to claim that the self-correcting nature of scientific methodology led scientists to overcome past false theories. But this is wrong. It was not science that led to the fall of such practices, but shifting values that drew out the abhorrent aspects of colonial scientific methods and beliefs. We are kidding ourselves if we pretend that colonial attitudes are not still affecting the way science works today. This is why a deliberate effort to decolonise science is valuable and South African universities have the opportunity to lead the charge.

The famous physicist-turned-philosopher Thomas Kuhn popularised the idea of “paradigms” in science, practices and conceptual frameworks that scientists work in to engage one another and make sense of the world. He was writing when physicists were grappling with the challenge to the classical Newtonian world-view from both Einstein’s relativity and quantum physics. Science, he said, is subject to paradigm shifts, when a whole framework undergoes a revolution and scientists move from one way of seeing the world to another.

The way we see science itself is a kind of paradigm, and the call to decolonise science is a call to make a paradigm shift from the myth of Western science to a new framework that recognises the racism embedded in much of scientific practice and methodology.

Even when people acknowledge that science is still affected by colonial attitudes, there remains a deep commitment to a Newtonian view of an objective scientific method as the one true route to knowledge. This did much to retard progress in the 20th century, in physics as well as the rest of the sciences.

Scientists displayed “confusion, denial and avoidance” as the physicist and philosopher Evelyn Fox Keller put it, when confronted with the implications of quantum mechanics, particularly that the notion of a point in space is a matter of probability and not certainty. Even today, philosophers and physicists are still grappling with ways of making sense of the implications of quantum physics, and require new ways of seeing the world. A postcolonial science will have more chance of finding these, shorn of the straitjacket of past thinking.

The colonial legacy still affects science in its choice of research questions, prioritising those which serve powerful, white, male interests. One obvious example is the diseases that are studied. The women’s health movement has forced medical science to reflect on its bias towards diseases that affect men. As a result, breast cancer has become a primary focus in cancer research and alternative treatments to mastectomies have been developed. Many argue that medical research is guided by commercial objectives, but this can’t be true in all academic settings. More than one study has found that the research questions pursued by scientists are simply ones that interest them. Their interests are inevitably going to be shaped by the assumptions and prejudices that sit unexamined in their world-views. As a result, diseases that affect the poor, which are far from the middle class environments that scientists come from, receive relatively little attention.

Colonial science also affects who is involved in science. Science remains a white, largely European affair. If we are serious about giving science the best chance of success in solving our problems, diversity is obviously important. The lack of it affects not just the questions scientists ask, but the answers they are able to give.

In the past two weeks, much fuss has been made on social media about a University of Cape Town student who called for the scrapping of science, a call to start again. But when you honestly confront the entanglement of racism and science, can you blame her? Many commentators across the world jumped on the video as confirmation of non-Western science as mystical and irrational. They missed that their own actions confirm the problem, exhibiting a belief in the myth of Western science as the steady accumulation of knowledge, guided by an objective method, ignoring the tumultuous disputes in science and the wide range of different methodologies that have been used throughout history. A postcolonial science would acknowledge the importance of indigenous knowledge frameworks as enabling, rather than threatening, progress while providing the knowledge needed to undo the colonial legacy in so many other facets of our lives.

The joy of inclusive academia

Fees are an issue at school too, not just university