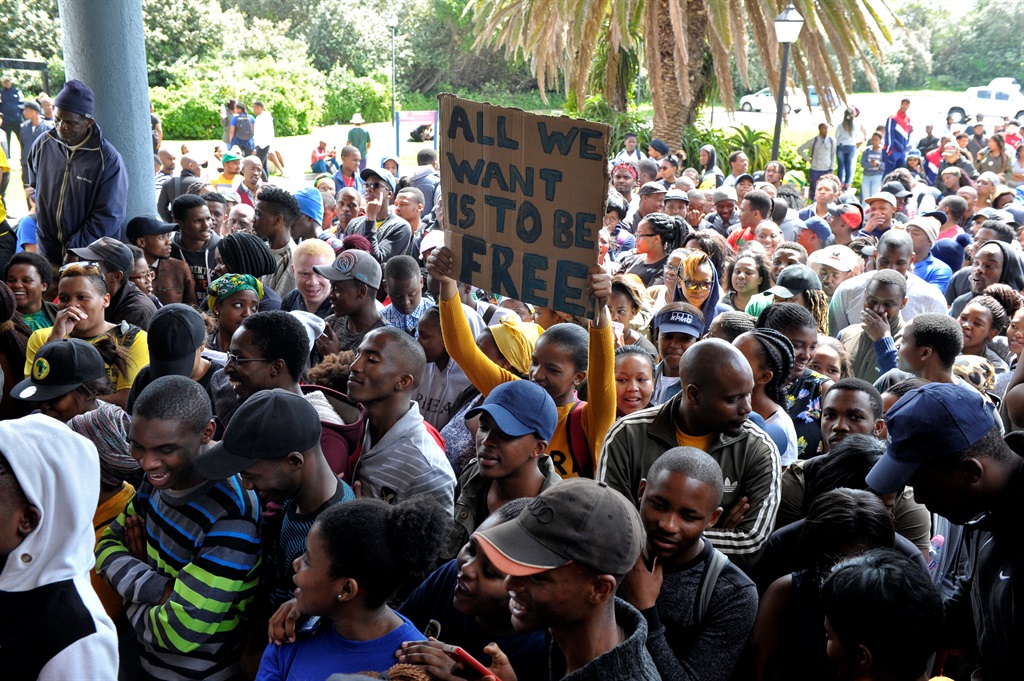 Shireen Motala: The way to access and peace in higher education

In South Africa over the last five years, several task teams, including ministerial task teams and commissions have addressed the chronic underfunding of higher education. These include teams led by Deputy President Cyril Ramaphosa (2012), Prof Derrick Swartz, Vice-Chancellor of NMMU (2013) and Sizwe Nxasana, Chairperson of NSFAS and the CEO of FNB (2015) and the CHE (2016).

In November 2015, amid nationwide student protests on fees and funding, the President appointed Judge Jonathan Heher to lead a commission to investigate the funding of fee-free higher education. The remit of these teams, committees and commissions was to answer the question about the possibility and promise of free tertiary education.

Alongside these processes, independent researchers, civil society organisations, USAF, NSFAS and a number of tertiary institutions have contributed to a significant body of knowledge on the funding issues. A number of models, including economic models, have been presented, with different scenarios, in particular what impact these would have in the context of low economic growth and a constrained fiscus.

Questions have been asked about the viability of the current funding model, whether as a developing country, free higher education is affordable, and whether this is even desirable. The current mechanisms for dispensing student financial aid are under intense scrutiny.

The equitable allocation of resources for the entire education sector, from ECD to basic education, and the creation of a TVET sector, which is a viable, credible and inclusive are being considered. The relationship between poverty, access to quality education, and societal change has put systemic issues into sharp focus.

There have been a number of substantive proposals on the table, including a review of the NSFAS funding model, an increase in the tax base, to include a graduate tax or a notional loan scheme payable on employment, a wealth tax, corporate tax, and an increase in the skills levy.

What there is unequivocal consensus on is that the revised funding model must be based on a social justice approach – simply put, no academically achieving and deserving student must be excluded from university because they cannot afford it. Publically funded tertiary education for the poorest in our society, who meet the criteria for academic merit, must be available as soon as possible.

There is also agreement for a full cost provision for the neediest students which includes accommodation, food and books. There is agreement that the “missing middle” students who are outside the NSFAS criteria must be supported through a combination of grant and loans to guarantee their access. There is agreement that funding for higher education must increase and a possible revision of the GDP contribution from 0.7% to 1% to 1.5% must be considered.

At the same time, there is agreement that the diverse skills required in our society and the economy requires that serious attention be given to the entire cohort of young people in the 18-24 age group, and their learning needs.

Let’s consider the statistics in relation to the major indicators of access, efficiency, quality and resource allocation in tertiary education. Student enrolments have increased dramatically by 67% between 2002 and 2014, and the major growth has been in African enrolment, reaching 70% of the total student population.

In the same period, the growth in permanent academic staff was 20%, and the staff to student ratio grew to an alarming 1:55. Cohort studies show that of the students entering a three year degree, less than half complete it. Of those who do, up to 50% take up to six years to graduate. One in four students (excluding UNISA) drop out before their second year of study.

The proportion of government funding to universities decreased from 49% in 2000 to 40% in 2014. The increase in shortfall was made up by student fees which increased by 42% from 2010 to 2014. This is an increase of 9% per annum in contrast to the 5% to 6% inflation rate. What is apparent is that we have a higher education system under strain, with low throughputs, rising enrolments, high staff to student ratios, and an unsustainable funding base with poor NSFAS loan recovery.

What is required now is to break the impasse that is paralysing our country and tertiary institutions. We are in an intensely politicised situation and the students put into sharp focus the inequalities in our society, their deep frustration with numerous and inconclusive funding review processes, and their dissatisfaction with governance, corruption and wastage. At the same time, the student movement appears fragmented, lacks cohesion and is not united in their call for what the endgame is.

What is urgently required is short, medium and long term solutions to end the impasse.

Proposals need to translate into firm commitments, in a scenario which maps out what will be available in the short, medium and long term. The time frames have to be clarified.

The macro funding principles embedded in the above commitments are cost sharing, efficiency and quality, and education as a public good. The degree of consensus on the above provides the mandate for Treasury, DHET and all key stakeholders to apply innovative and new thinking to the funding of higher education. And all can claim the victory for the provision of publically funded higher education for the most needy in our society. This will go a long way to contributing to the much needed stability we require in our increasingly fragile higher education sector.

A version of this article also appeared on The Conversation.

Video: Basic education must rise if middle class is to grow