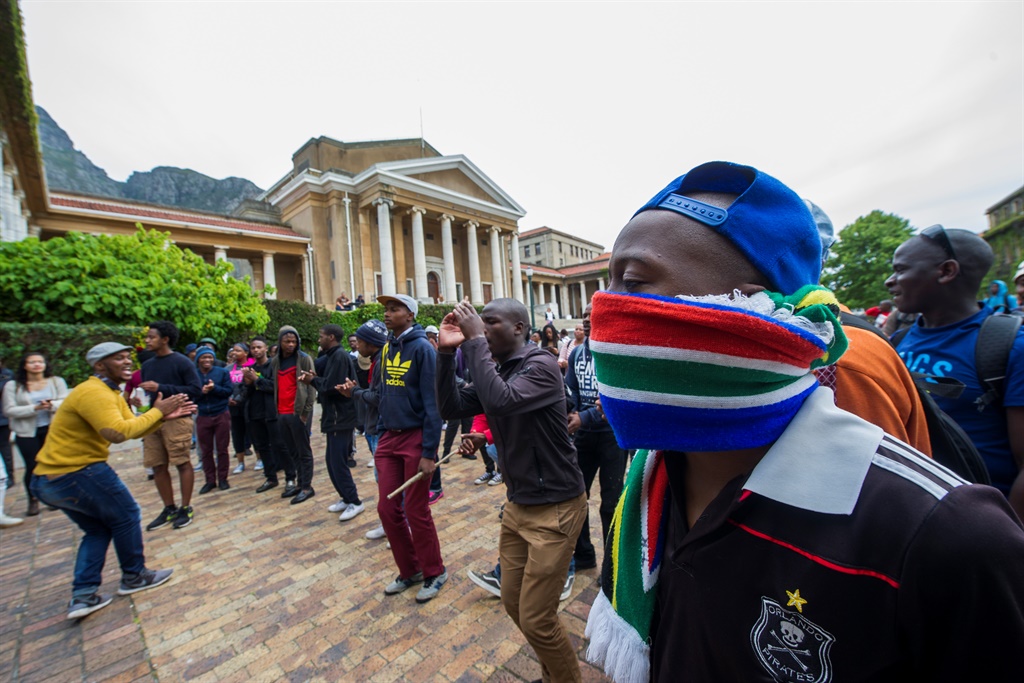 Both the state and universities are responsible for the dramatic increase in fees over the last decade, though each likes to blame the other. Between 2006 and 2012, the state’s contribution to the total funding of higher education remained roughly stag­nant, at about 40 per cent – yet between 2010 and 2012 tuition fees increased by 27 per cent, whereas student enrolment only increased by 7 per cent. Vice-chancellors suggested that this shift was because of a falling per-capita state subsidy, but this is inaccurate: the per-capita subsidy fell relative to fees precisely because fees were rising so quickly. Indeed, while the subsidy did fall in some years, in other years it actually increased. In effect, between 2006 and 2012 the state subsidy remained stable, while the contribution of fees to total university revenue increased, according to PWC. In years where the subsidy had increased (such as between 2010 and 2012) no concomitant fees relief took place. Since fees continued to rise at levels above inflation, the per-capita subsidy continued to fall in relative terms. A falling subsidy may have explained a portion of fees increases in some years, but it could not explain why fees had risen quite so dramatically at such a constant rate for so long.

Similarly, universities were unduly fiscally conservative. For instance, in the five years leading up to 2010, UCT had consistently overestimated the amount of revenue it would receive, to say nothing of a considerable budget surplus. This was for several reasons. First, the university relied on the myth that more students meant more costs, which was not necessarily true – since many university costs are fixed, more enrolments can often mean more revenue (as the fact that fees outpaced student enrolments has already suggested).

Second, the university’s ‘internal inflation’ models were biased: finance departments concocted a basket of goods that always defied infla­tionary gravity and justified lavish fees increases. When internal inflation figures were found to have been overly conservative, students did not get a break in the following year. Finance departments often relied on economic rhetoric as a smokescreen behind which they could justify fiscal conservatism.

For example, in 2015 the University of the Witwatersrand (Wits) argued that the falling exchange rate forced fee increases in 2015 because of dollar-pegged library expenditures. This argument is spurious: in the several years that the exchange rate strengthened or remained constant against the dollar fees still rose. It also neglects that the university had doubled its private donations in the previous year. Indeed, as reported by the 2014 annual report of the Wits Council, in 2014 Wits made a profit of about R40m from interest on net foreign exchange. Even if Wits lost all of its 2014 profits in 2015, this would have had a negligible impact on a budget in the order of billions.

Therefore, students took the fight to universities first, to foreground their complicity in the rising cost of education. Universities responded as they always had, by suggesting that the National Student Financial Aid Scheme (NSFAS) covered fees increases in any case. Until Fees Must Fall, this argument continued to convince university elites. But students responded that this problem simply kicked the can down the road through indebtedness, which rose by a staggering 31 per cent between 2010 and 2012. Students who did not graduate were doomed to a life of growing debt and unemployment – the system’s safety valve was itself faulty. The critique of governance more generally was clear: those in power, both state and university, were too prepared to transfer costs onto the most vulnerable in society.

When the state made its first concession, on 20 October 2015 – a cap on fees increases of 6 per cent – this was met with opposition from students. The problem was not simply that fees were outpacing inflation; it was that there were increases at all. But the picture was growing increasingly complex as the movement grew. A minority in the student movement was content with the cap. Others wanted no increase at all. Yet others demanded a firm commit­ment to free higher education. Still others wanted it implemented immediately. The debate soon shifted to the question of free education and its feasibility, and involved a more direct confrontation with the state.

‘Free education’ can mean different things. It could mean free tuition. Or, it could mean free tuition, accommodation, meals, books, study materials and a stipend for living expenses. It could also mean something between these options. The financial differences between the choices are significant. Fees Must Fall has not always been clear about the appropriate alternative. This is to be expected: it is not students’ jobs to envisage a new model, but that of publicly elected representatives and paid university administrators. In many ways, students have played their part in mobilising against the current model sufficiently to render it politically unfeasible.

The student criticism is also valid: at the very least, state-funded free tuition at universities is not only possible but actually rather inexpensive. Consider that the South African state already grants universities a subsidy of about R50 billion in 2012 prices. What would therefore be needed is an amount in addi­tion to the subsidy that would cover the revenue that universities receive in fees. How much is that? In 2012, the amount was about R15 billion. In the same year, South Africa’s budget was about R1trillion What would therefore be needed is the political will to find a proportion of 1.5 per cent of the current budget – which could be done by re-allocating funds from other parts of the budget, raising 1.5 per cent in additional tax or issuing a government bond. But this would be to fund free tuition for all. If we eliminated postgraduate fees from the equation, and also subtracted students in the top quintile of family incomes from the programme, it would drop to about R10 billion. A pilot project in the first year could focus on a full 10 per cent of needy students and would only cost government R1 billion. New models are possible, but they require the political bravery to try them.

This is in excerpt from a chapter in Fees Must Fall: Student Revolt, Decolonisation and Governance in South Africa published by Wits University Press in 2016.

Kay Vittee: State, universities and students must all rethink their approach