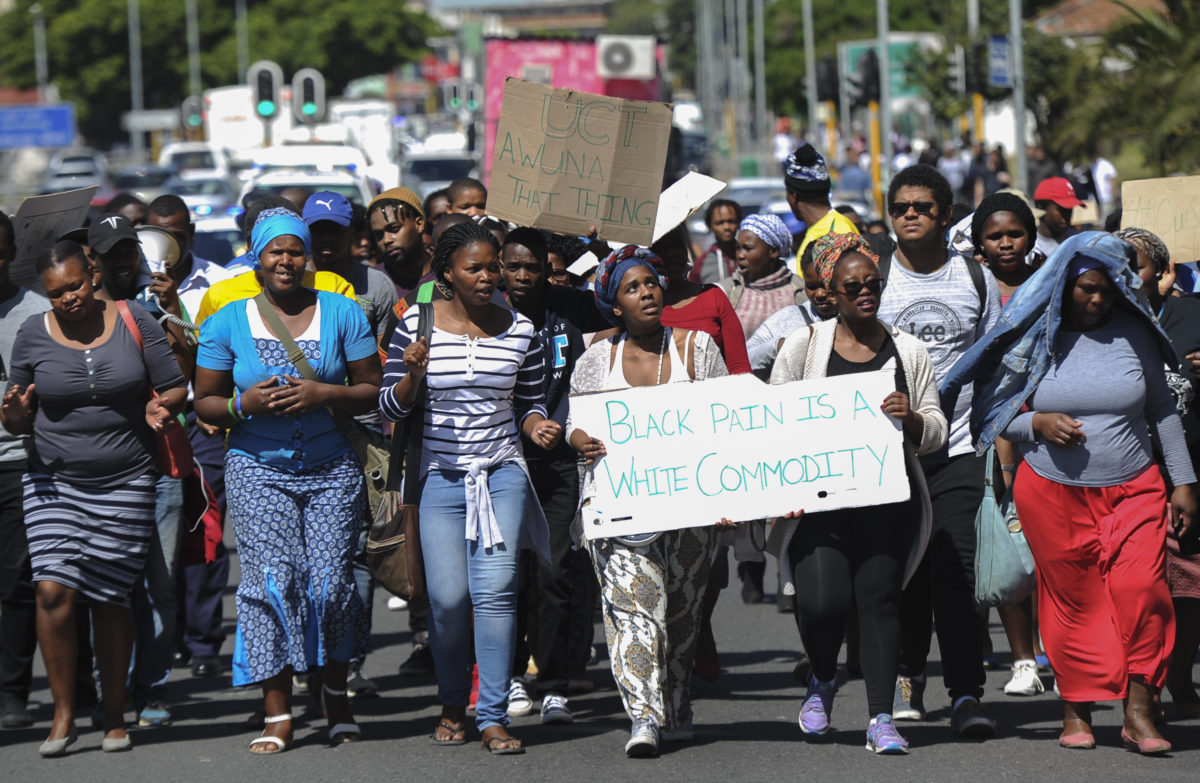 A tertiary degree is perhaps the most influential tool to possess in terms of gaining employment in modern day society. Employment represents one of the key contributing factors or determinants of a life of sustenance in South Africa, with access to basic needs and services (at our own expense), and maybe even a loan. As such, a tertiary degree is, to an alarming extent, a key to survival in urban South Africa.

However, I don’t believe our tertiary degrees help us to solve problems. These degrees, from our internationally reputable universities, are producing a multitude of graduates who dedicate their careers to a multitude of companies, organisation, investment banks, law firms, political parties and governments, whose work actually causes more socio-economic problems than it solves: problems for our people, neighbours and land.

I know one thing for sure, even the cleverest of graduates know not how to solve these problems. Herein lies the problem. Maybe it’s time we got an education and not just a degree. Maybe it’s time our jobs played a part in developing our society, and our people, instead of contributing to the wide range of problems already strangling this continent and this nation.

Throughout our history, we’ve faced devastating setbacks in our pursuit of an equal society and a united African continent. It’s even more disappointing that the majority of people are not even cognisant of the setbacks the African people have encountered, and even worse, the triumphs. In the information age, there is no doubt that the lack of access to this information is one of the leading setbacks to the realisation of the dreams of African liberators: a land of equal opportunity, equal treatment, and fulfilling moral discernment.

The real power and potential of a tertiary education lies in its relevance to the context and challenges of its society, and its ability to empower its students to make a decisive impact and difference, rather than just making a living. University graduates must be conscious of Africa’s past and its impact on current societal ills. As such, what must rise is African consciousness, which can be understood as a critical awareness of the true identity, nature, and plight of the African continent as a whole.

African consciousness is two pronged. It firstly is a matter of understanding and knowledge about the nature of our cultural existence, and secondly, understanding gaps for progression which empower us as a people. It requires a critical understanding of the following:

The understanding of these factors should empower us to solve the problems and mistakes we previously made, or at least begin the process of discussing it on an existential basis. There is wisdom in African practises, there is learnt reality in African literature, and there is history in African customs. However, some of our customs haven’t progressed in centuries. As a consequence, some African societies are currently in cultural limbo.

A society that is conscious of its “Africanness” is essential to overcoming African problems, fostering progression, evolving outdated practises, and uplifting successful customs. Economists are currently fascinated by the new form of business which is referred to as a “sharing economy”. In this economy, people use each other’s resources to empower each other, hence the use of the term “sharing”. Take, for example, companies like Uber, a transport business that owns no vehicles, but rather utilises the vehicles of others to operate its business. This model pools together resources, including external assets and human resources, in order to maximise profit and impact.

This form of economics does hold some resemblances to a philosophy that has been proven to be present in the entire sub-Saharan Africa, whereby communities assist each other economically, and socially through sharing the burden and pooling resources. This is an African ethos, which I understand as Ubuntu: I am because you are. Although it may seem odd, Ubuntu philosophy goes far beyond the social and moral aspects and with the right tools, vision, and application, it can definitely be applied to the economy as well.

When Shaka discovered that the long, heavy spear was ineffective, he learnt the expertise, redesigned the spear, and from that rose a more successful Zulu nation. When the Republic of Upper Volta found their dependence on France to be self-defeating, regardless of their lack of natural resources, Thomas Sankara embraced the African soil and turned to cotton farming and textile production. Better yet, he valued human development, particularly that of women, and saw it as central to breaking the chains of the West. What arose was Burkina Faso, the Land of Upright Men, one of the most successful nations in completely dissipating its economic reliance on its colonial master. Sadly, it was a short-lived victory.

Equal opportunities, equal treatment, sustainable economic development, social security, and technological excellence. These are some of the visions that Africa hasn’t yet achieved. Some companies have ruled Africa for over a hundred years, and still continue to do so. Their owners’ offspring will never know of poverty. Why should Africa’s? Their houses in Paris don’t have fences and burglar bars, Why should Africa’s?  Their countries have no natural resources, but their governments provide an adequate standard of living for all citizens. Why can’t ours?

Our tertiary education must be a catalyst to the creation of a society that is mass a producer of people with a strong identity and moral fibre, and tangible, contextualised visions for Africa’s and South Africa’s future.

This education, in itself, will be more valuable than any of our current degrees.

Shireen Motala: The way to access and peace in higher education