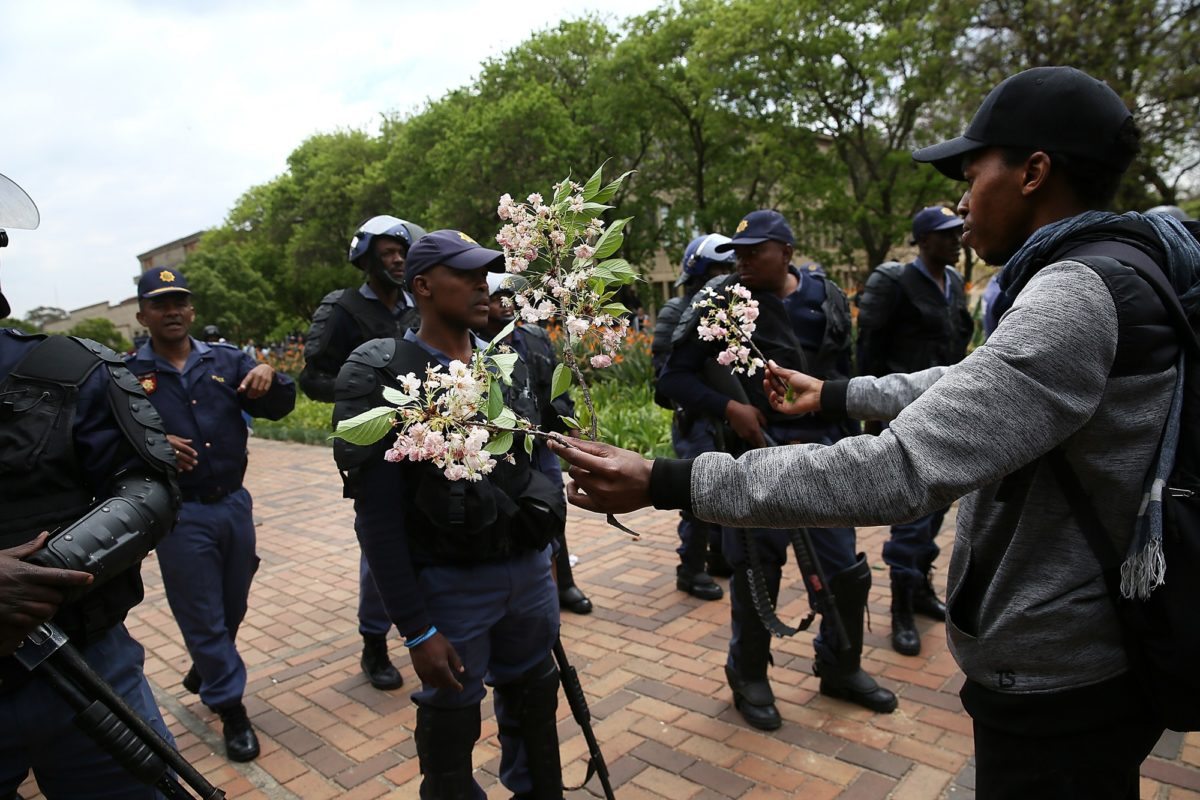 What a year 2016 was. I think most people would’ve supported a call for #2016MustFall, given that the year began with terrible news of racism on New Year’s Day, continued with the relentless rollercoaster ride that is American politics and the unrelenting bombardment of everything else that happened in-between in South Africa, on the continent and across the globe.

Some of last year’s negative news was the topic of a recent conversation at the Global Wellbeing Lab in Costa Rica. A group of passionate leaders from across the world gathered for a possibility conversation – a conversation about our hopes and dreams for a better future for all our children. One of the participants in the conversation was Otto Scharmer, well-known professor at MIT and inventor of the U-Lab social change process.

In Costa Rica, we explored the impact of negative news on our psyche – how it tends to hem us in and cast a shadow over our thoughts. We also discussed the possible positive impact of this negativity, where the perceived sense of doom and gloom gives rise to active citizenship.

When citizens are confronted by darkness and negativity, they may realise that it is no longer an option to abdicate responsibility and leave their future to elected officials. When they are confronted with ineptitude and corruption, they may wake up from their slumber and reclaim their role as citizens and co-owners of the country they live in.

At Partners for Possibility, we have been experimenting with what active citizenship could look like in education. For the past six years we asked: What if we as citizens reclaimed responsibility for our future and our children. What if we are the leaders we have been waiting for?

Asking this question in this way changes you from being a passive bystander to someone who feels a shared responsibility to changing the status quo, and who is therefore looking for an opportunity to do so. Our programme (Partners for Possibility) creates an opportunity for citizens to channel their anger and frustration into positive action – one school at a time.

In the programme, business leaders are invited to share their skills and knowledge with school principals, who have mostly not been lucky enough to get the same training in basic management skills that business leaders take for granted. They are invited to cross a boundary from the world that they are so familiar with to experience something new and different.

As we learned during the discussion in Costa Rica and the many discussions between South Africans since: the positive reaction to all this negativity in the world is to become actively engaged in the problem, even if it is on a very small scale.

Scharmer, who led much of the discussion in Costa Rica, explains that when making the choice to respond by taking positive action, you move from an open mind (a sense of curiosity, not judgement) to an open ear (having true compassion) and ultimately to an open will, where you act with courage and participate in making a positive difference in the world.

But where and how should you take action? This is the wonderful thing about living in South Africa: there are so many opportunities to make a contribution. We believe the greatest opportunity lies in education.

A recent poll by Pew Research showed that although many South Africans were despondent about the state of their country and the political environment, most of us believed that education held the key to a better life. Education, it seems, offers the greatest leverage to improve the lives of the most people.

In a 2015 Global School Ranking Report by the Organisation for Economic Co-operation and Development (OECD), researchers found that the South African economy would grow by 2 624% if all students achieved a basic level of education to the age of 15. Talk about leverage! That is a lot of energy just waiting to be unleashed if we can improve our basic education.

In our programme, the business leader finds that he or she can make a difference with the skills that they already possess. The large, shapeless and very dark problems that may have felt overwhelming before are replaced by the smiling and expectant faces of school children who have a chance at a better future, and they start reaping the benefits that flow from opting for a positive, rather than negative reaction to the problems they see in the world.

Ultimately, the challenges that you perceive as looming large over your lives and our country can be replaced with a sense of purpose, provided that you make a conscious decision to choose hope and possibility, assume some shared responsibility and take action.

Sizwe Ngwenya: Parents should be responsible for basic education